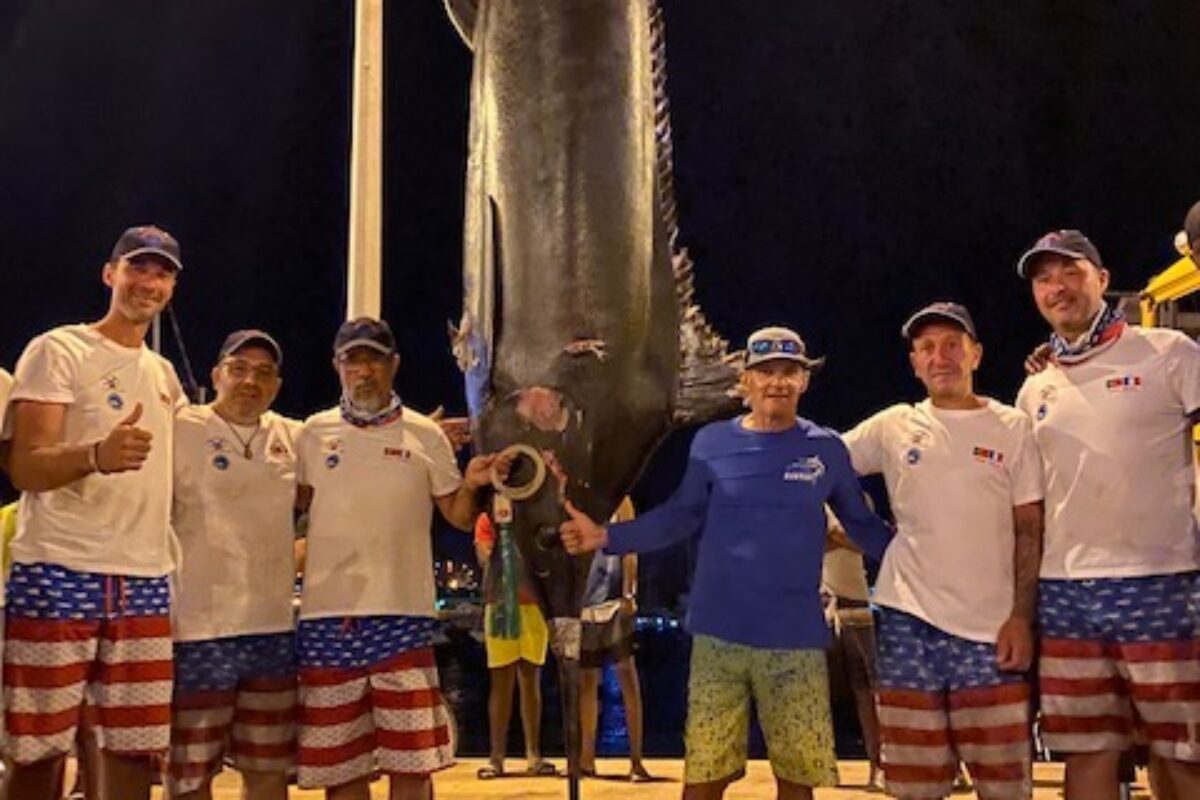 Blue Hunter, a 43 Riviera based in the Cape Verde Islands, boated a grander blue marlin weighing 1,046.1 pounds (475.5 kilos) to win the 2021 World Cup Blue Marlin Championship. Captain Manuel Viana led the team and it was Viana’s second grander of the season. Manuel Rodrigues of Tavira, Portugal, was on the rod. Blue Hunter won $492,000 for the catch. No other qualifying fish were boated during the Tournament. Unfortunately, Blue Hunter was not entered into the Big Blue Challenge and no other Big Blue Challenge participant boated a qualifying fish.

The Blue Marlin World Cup is a one-day fishing tournament held around the world. Blue marlin weighing more than 500 pounds are the only eligible species and competing teams fish in their respective time zones from 8:30 am to 4:30 pm. Entries are weighed on certified government scales in their respective locales. The payout is a winner-take-all format.

Blue Hunter released a marginal fish early in the morning only to report another hook-up shortly before noon. The eventual winner was leadered two dozen times before it was finally gaffed. The blue was so large, accurate measurements couldn’t be made since the tail stuck out beyond the transom.

After a two-hour run back to port, the team still had to wait on the official out-come. Since it was Sunday afternoon, it took some time to locate a crane operator to unload the massive catch. The winning blue had a length (lower jaw to fork of the tail) of 142 inches, with a girth of 73 inches.

Hawaii was the top destination in the 2021 event, with 42 boats competing. Bermuda, a typical hot spot for the World Cup, saw only 26 boats offshore due to high winds. The Gulf of Mexico fielded 12 teams, followed by 10 in Madeira, seven in the Bahamas, and three each off North Carolina’s Outer Banks and New Jersey, with the balance scattered elsewhere. A total of 123 teams competed in this year’s contest overall., which was an excellent turnout in light of many weather issues and some remaining Covid restrictions.

Live updates were provided by the Tournament every three hours to keep every-one abreast of what was going on. With travel opening up, there were more places to fish than last year during the height of the pandemic. Hawaii, for example, was nearly back to the normal numbers. Congratulations to Blue Hunter on an out-standing catch and thanks to all our anglers for making the 2021 Blue Marlin World Cup another great success.

The 2022 Blue Marlin World Cup will be held July 4, 2022. For more information or to register, please visit: www.bluemarlinworldcup.com