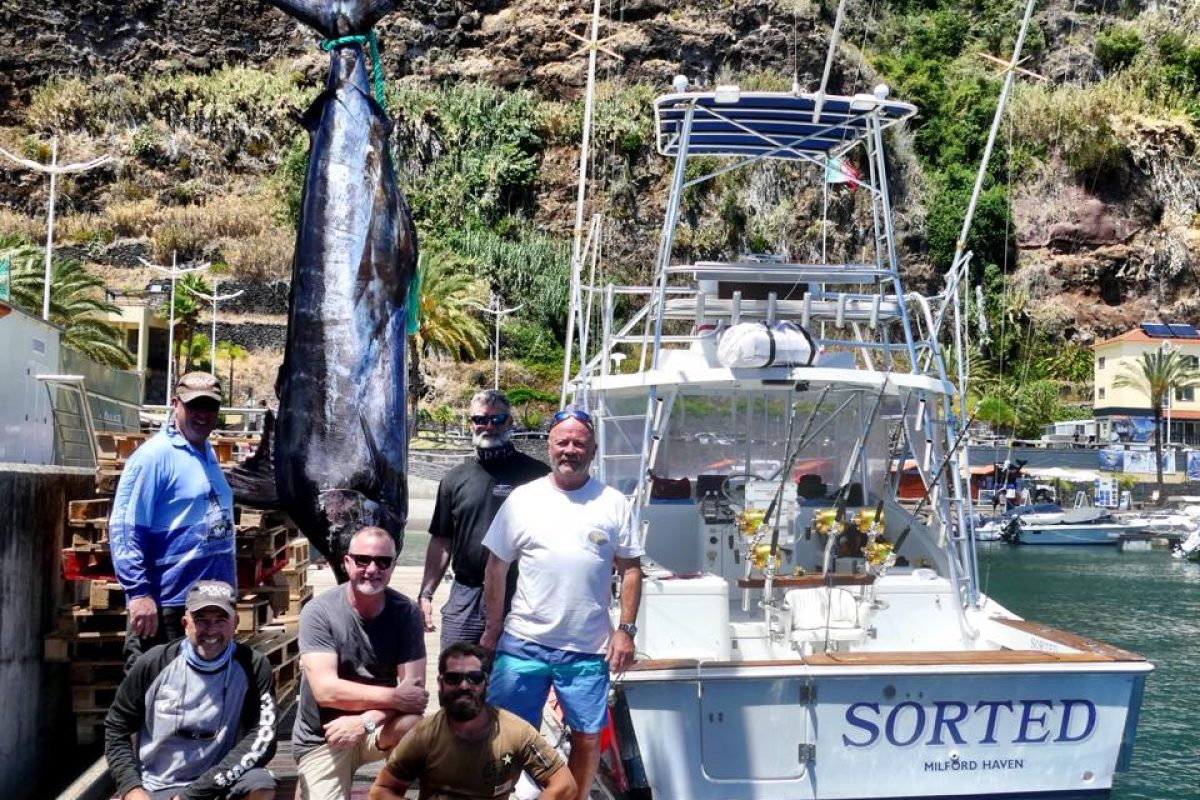 With an angler who flew halfway around the world to participate, Sorted, a 32 Luhrs based in Madeira, Portugal, claimed the winner-take-all $600,000 prize in the 2019 Blue Marlin World Cup fishing tournament. Sorted’s blue, caught by Craig Watson of Melbourne, Australia, weighed 541.2 pounds. Only one other fish was weighed, but it fell 23 pounds short of Watson’s entry.

Capt. Howard Williams is the Sorted’s skipper. The fight lasted 2.5 hours and the fish was caught on a one of Watson’s lures called a Bluedog Turtle. The boat was not entered in the optional $8,000 Big Blue Challenge jackpot, which would have boosted the overall payout to more than $1,000,000.

Mystic Blue, fishing in the Cape Verde Islands, caught the other qualifier, a 518-pound blue marlin. Female angler Aylin Karahan was in the fighting chair for that fish, with Capt. Giorgio Assolari at the controls.

The hook-ups of the two fish were only 40 minutes apart, but Mystic Blue actually boated their fish 20 minutes before Sorted. The lengths were very close, yet Sorted had the slight weight advantage. As the fishing progressed across the remaining time zones the other teams could see those entries were beatable. But no other boat managed to catch a qualifier.

“Mr. Watson flew to Madeira specifically to fish the World Cup and his victory really has a lot of folks excited in Australia. Tournament Director, Fly Navarro noted that the win was a significant milestone for the fishing community in Australia.

The Blue Marlin World Cup is a one-day fishing tournament held around the world. Blue marlin weighing more than 500 pounds are the only eligible species and competing teams fish in their respective time zones from 8:30 am to 4:30 pm. The fish must be caught on conventional sport-fishing tackle with tournament-rated line with a breaking strength of 130 pounds or less. Entries are weighed on certified government scales in their respective locales. A total of 150 teams, competing in eight different time zones, made up this year’s tournament fleet.

Trouble Maker, fishing out of Kona, Hawaii, recorded the only eligible entry in 2018, a 760.5-pound blue. Done Deal, a 70 Viking based in Houma, Louisiana, earned more than $1 million in prize money combined with a 600-pound fish in 2017. The largest marlin ever weighed in World Cup history tipped the scales at 1,195 pounds. It was caught aboard Challenger in Bermuda in 1993. Two other “granders” or fish weighing more than 1,000 pounds are also in the World Cup win column. They were caught in Bermuda and Cape Verde.

The 2020 Blue Marlin World Cup will be held July 4, 2020. For more information or to register, please visit: www.bluemarlinworldcup.com