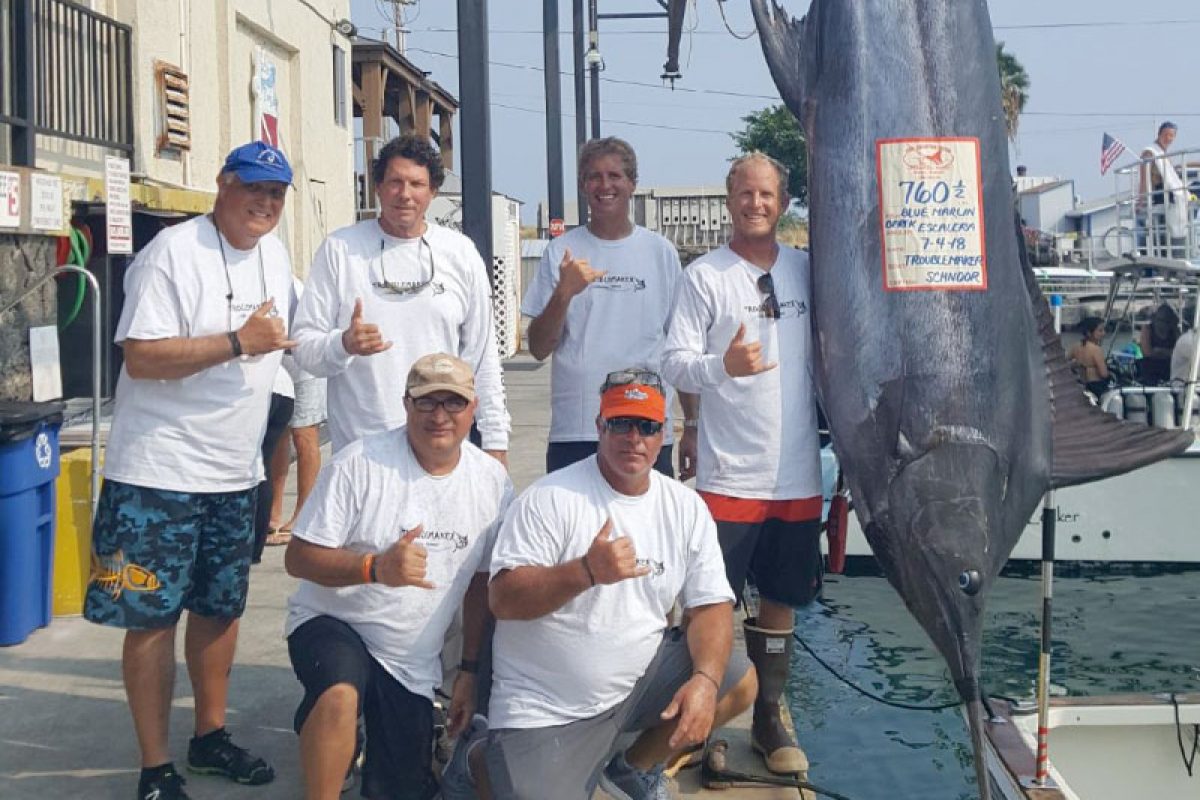 148 boats participated in the 2018 blue marlin World Cup. Boats started fishing in Papa New Guinea and the Gold Coast of Australia on the afternoon of July 3rd Eastern Time Zone. As time passed across the globe, boats continued to fish. A fleet of 38 boats in Bermuda catching and releasing 26 blue marlins that did not meet the minimum weight of 500 pounds. The World Cup also had a new record of 25 boats fishing the Gulf of Mexico.

Nearly 26 hours after the first boat wet their lines in Australia, The Trouble Maker out of Kona Hawaii called in their hook up at just after 6 PM Eastern time. With many boats catching and releasing small blue Marlin the Trouble Maker continued to fight for over 2 1/2 hours until they boated a blue marlin that measured 120 inches with a 64-inch girth. At approximately 9:30 pm Eastern Time Trouble Maker’s blue marlin weighed in at 760.5 pounds.

Trouble Maker’s blue marlin was the only qualifying blue marlin weighed in this year’s tournament. They won the tournament cash plus the optional Big Blue Challenge, making it just over a $1 million payday and bringing the World Cup title back to Kona, HI.

The Blue Marlin World Cup is a one-day shootout held on July 4 each year. Blue marlin are the only eligible species, with a required minimum of 500 pounds, in a winner-take-all format. Teams fish from 8:30 a.m. until 4:30 p.m. in their respective time zones around the world, producing a very exciting event that has attracted a tremendous following on social media.

Tournament director, Robert “Fly” Navarro, says the World Cup team is already planning for a bigger and better tournament next year. Note the date on your calendar, and sign up early to match your blue marlin fishing skills against the rest of the world.