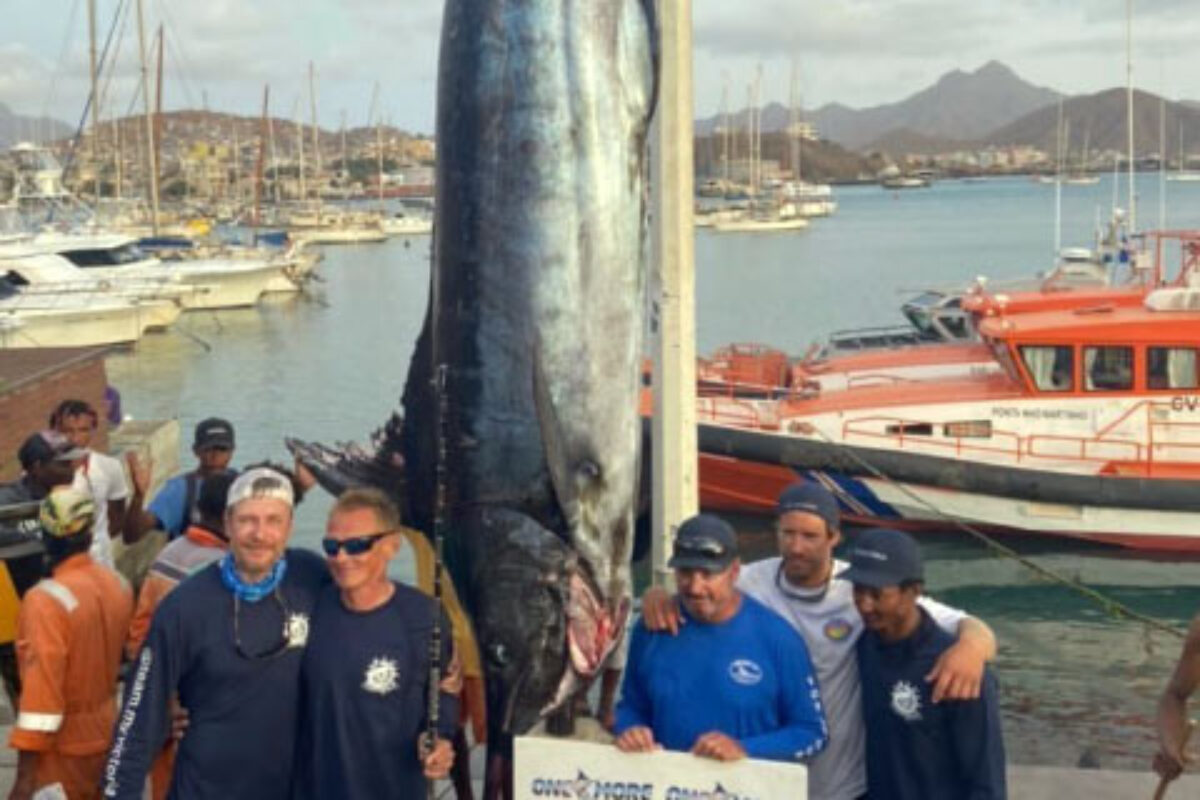 A near record field of 157 boats competing in the 2022 Blue Marlin World Cup were vying for a new tournament record of $1.178 million in prize money for a single day of fishing around the globe. My Victoria, a 45-foot Bertram based in Cape Verde Islands, emerged as the Tournament winner after boating a 950-pound blue. The team earned a $628,000 payout as the winner of the Tournament. Angler Sergei Sitnikov was in the chair for the approximately 1.5-hour fight. The blue ate a Moye’s Big Game Bushmaster lure. Capt. Marc Noakes runs the boat.

Done Deal, a 70-foot Viking based in Houma, Louisiana, used the home waters advantage to win the optional Big Blue Challenge for an unprecedented third time. The team weighed a 586.5 pound blue at the Cypress Cove Marina in Venice to record the catch. That fish was worth $550,400. Done Deal won both the World Cup and Big Blue Challenge in 2017 and the BBC again in 2020. Jon Gonsoulin is the boat’s owner.

Hawaii was again the top destination in this year’s event, with 46 boats competing. Bermuda was the second most popular launch point with 41 boats, followed by 19 in Cape Verde. The Gulf of Mexico had 17 teams fishing and Madeira, another big-fish hot spot, fielded 13 teams.

Using a text messaging app, teams were provided updates on the action every two hours as a way to keep them informed and the proceedings transparent. Although the overall number of contestants fell just shy of an all-time record, participation was robust due to the potential prizes and less travel restrictions after the pandemic years.

The Blue Marlin World Cup is a one-day fishing tournament conducted globally. Blue marlin weighing more than 500 pounds are the only eligible species and competing teams fish in their respective time zones from 8:30 am to 4:30 pm. Entries are weighed on certified government scales in their respective locales. The payout is a winner-take-all format. This year marks the 38th anniversary of the World Cup.

The Tournament entry fee for the World Cup is $5,000 per team. The optional Big Blue Challenge (BBC) is an additional $8,000. There is a winner for the Tournament and the BBC. If the team with the biggest blue is entered in both categories, they take home all the money. Eighty-six teams entered the optional BBC division this year.

The 2023 Blue Marlin World Cup will be held July 4, 2023. For more information or to register, please visit: www.bluemarlinworldcup.com.