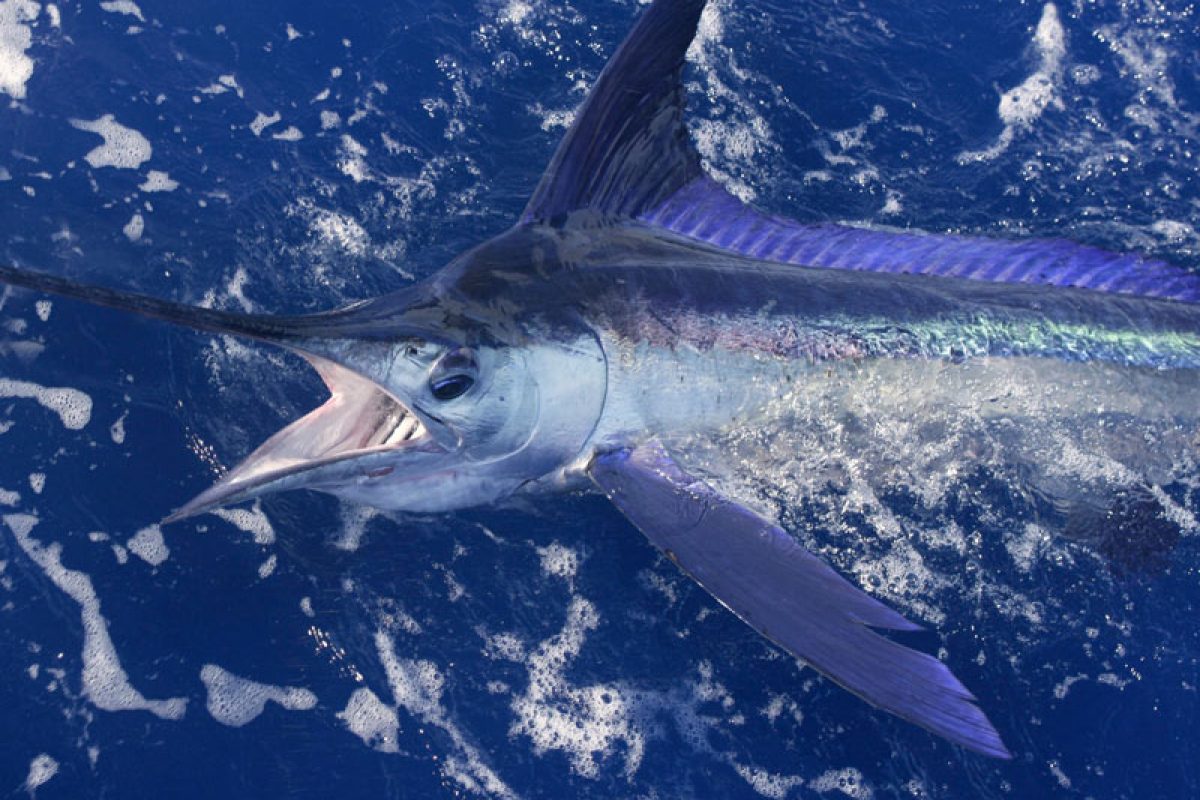 On July 4, 2014 the 30th annual World Cup Blue Marlin Championship (World Cup) will take place around the world. Teams will fish 8 hours in their time zones to determine one winner for hundreds of thousands of dollars. Where will the winning fish be landed?

What about the other known blue marlin hot spots in the Pacific? Some of the largest blue marlin on record have come from places like Vanuatu, Tahiti, Kingdom of Tonga, Bora Bora, and French Polynesia where Zane Grey caught the first grander on rod and reel and a 1,445 LB blue was caught commercially. There is also Samoa, and Palau which recently has been declared a commercial fishing free zone and Mexico’s west coast.

In the Atlantic, big blue marlin hot spots that have yet to produce a World Cup winner include Puerto Rico, Panama, most of the Caribbean Islands, the Canary Islands, Algarve, Portugal, Ghana, Principe Island (home of Bom Bom Resort), and Ascension Island. Could this be the year a team fishing there catches the winning blue? Brazil is home to the current 1402 lb all tackle record, but July is not prime time in Brazil.

In the Indian Ocean, there is Kenya where big blue marlin are caught as well as Mauritius, where many granders have been landed.

The Gulf of Mexico, where last year two marlin over 800 LBS were landed the same day is a good possibility to get lucky. Also, the entire US east coast from South Carolina to New Jersey holds good potential. Remember the first ever Atlantic grander blue marlin came form North Carolina.

Entry fee for the one day World Cup is $3,000 which covers everyone on board. There is also an optional $5,000 Big Blue Challenge for those wishing to try for an even bigger payout. The last Big Blue Challenge winner was a 585.5 lb Kona blue marlin in 2011.

Teams can register for the World Cup on line with a credit card at www.bluemarlinworldcup.com. Checks and wire transfers are also accepted until June 19, 2014.

Mike Leech, Tournament Director, says he feels there is a good chance the winning marlin may come from a new location this year if teams will participate in the many locations where large blue marlin are know to gather. It only takes a 500 LB marlin to qualify.