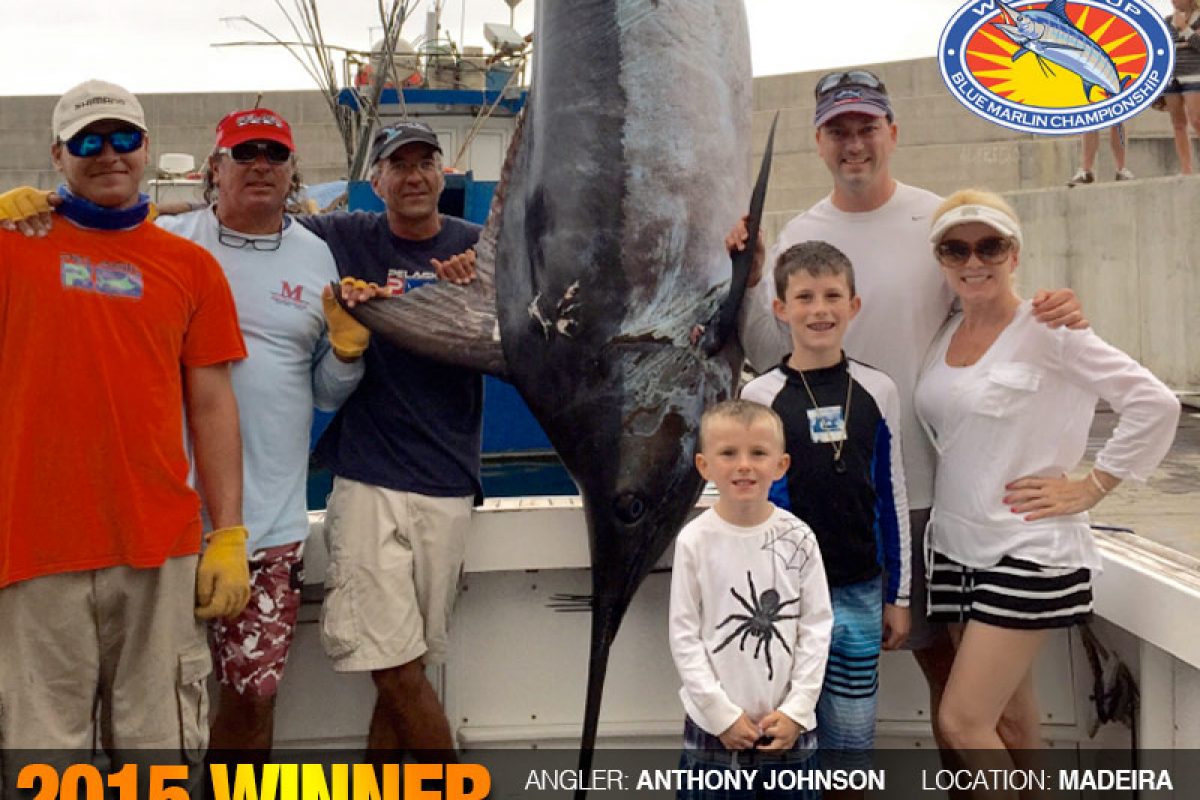 Only One Marlin Landed In World Wide Event

It was the crew of the PESCA GROSSA that set the bar early in the 31st Annual Blue Marlin World Cup Championship (World Cup). They landed a 652 pound blue marlin to give Madeira, Portugal the title they had not won since 1997. Angler Anthony Johnson from Davie, Florida had Captains Duart Nuno Goncalves of Madeira and Gerard “Frothy” de Silva from Trinidad & Tobago to put him on the right fish on the right day.

In the unique World Cup tournament, teams fish anywhere in the world they think they can catch a blue marlin over the 500 pound minimum size. Each team fishes 8 hours in their time zone, always on July 4, to see who can catch the largest blue marlin. It is a one day, winner take all competition.

There is no second place so all teams are notified immediately as soon as a qualifying fish is weighed. In this way, any team hooking a smaller fish knows it should be released. Johnson’s 652 lb marlin set a fairly high goal for other teams to exceed. In this case, none of the other 149 teams could beat it.

The list of World Cup team participants reads like a Who’s Who of big game captains and anglers and the team locations reads like an international map of big blue marlin hot spots. At Cape Verde it was a case of “You should have been here yesterday” when a team fishing on BIG OH landed a 1254 lb marlin on July 3rd. In Bermuda a large number of teams released 25 marlin, all below the 652 lb leading weight. In Kona, Hi, where the 2014 World Cup winner was landed, teams released 27 smaller marlin. A team in the Seychelles, fishing the event for the first time, raised 5 marlin with none worthy of trying to put in the boat.

It was the same story at Ascension Island, Mauritius, Papua, New Guinea, Bahamas, Cameroon, French Polynesia, Azores, Portugal, Panama, Mexico and the US east and Gulf Coasts. Many marlin raised, lost or released with none big enough.

Mike Leech, Tournament Director, said he was pleased that only one marlin was landed from all the international locations. In the previous two years only two qualifying marlin were landed due to the format of having only a single winner. It was a great win for Anthony Johnson with a record winning purse of $656,000.

A portion of the World Cup proceeds go to support the IGFA and The Billfish Foundation.